via Boing Boing
MAKE's Bre Pettis has a video about making a sound-and-light brain machine (which is featured in Make, vol. 10)

This weekend, learn how to hack your brain by making Mitch Altman's Brain Machine! It flashes LEDs into your eyes and beeps sounds into your ears to make your brain waves sync up into beta, alpha, theta, and delta brainwaves!

Mitch invents cool things that make the world a better place. He's well known for the TV-B-GONE and this brain machine is his latest project. One of the cool things about this project, is that it builds on an open source project. Mitch used Lady Ada's open source MiniPOV and switched out LEDs and added new capacitors and resistors and then rewrote the firmware to make it into the brain machine. It's super cool when people make hardware open source so that others can work with it!
Hack your brain

Perpetual Art Machine is a living archive of 21st century international video art, featuring over 1000 videos from more than 700 artists from over 70 countries culminating in an immersive interactive video experience. Created in December 2005 as a collabora- tion between the artists Lee Wells, Raphaele Shirley, Chris Borkowski and Aaron Miller as a means to democratize the curatorial process by inviting both the artist and the viewer/user to participate through live interactive installations and online through [PAM]’s free community video portal.

In just over one year, [PAM] has been presented in 9 countries through installations, screenings and lectures including Scope New York, the 2nd Moscow Biennale and Art Basel Miami Beach. The website has attracted over 4 million hits by 150,000 artists, curators, writers, collectors and admirers engaged in the artform. The artists repre- sented in this program are just but a small cross section of the great artists.

One of them is Hong Kong's own Lam Wai Kit (see Blogsome Link).Congrats. 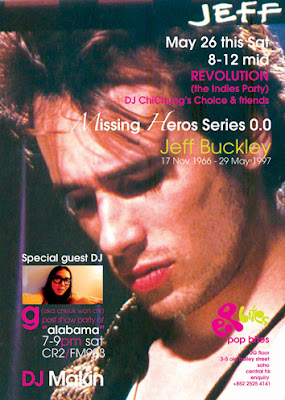 Call for entries!
The New Statesman is once again looking for entries for its New Media Awards. Running annually since 1998, the awards celebrate the positive impact that digital media can have on society, democracy, politics and culture.
Last year’s winners included: PledgeBank.com, openDemocracy.net, BBC Backstage, Love Lewisham and WriteToThem.com.
With so many exciting things happening in the digital technology space in the UK at the moment, the New Media Awards set out to recognise and reward the best ideas, best projects and best people making a difference and using new media for good. This year a new category has entered the ring, The Young Innovator. It is open to everyone under the age of 22, and the winner will receive a cash prize of £500. Do you know someone who deserves such recognition?
The list of categories in this year’s awards is as follows: Contribution to civic society Modernising government Elected representative Education Information and openness Advocacy Young Innovator Entering the awards is a matter of simply filling in the online form here: The last day to enter is 31 May 2007. Winners will be announced in July. For further details go to http://www.newstatesman.com/newmedia or contact Charlotte Eisenhart: charlotte@newstatesman.co.uk
發佈者： Popopope 於 5/24/2007 04:13:00 上午 沒有留言: 此文章的連結

On Sunday, May 27, there will be an open studio event in Fo Tan Warren Leung Chi Wo Studio
Door open from 3-8pm
Presenting a series of talks in Cantonese:

DIY (Do-It-Yourself) is not new to most design and art lovers. But when DIY goes digital, it is not as easy as it seems to be truly self-initiated without commercial software. The spirits of Open Source are to provide an open platform for digital media users to upload and download programming sources free of charge, and allow them to individualize these sources as their own designs and applications. Such free exchange of ideas and information ultimately gather collective experiences and creativities, which is much more meaningful then just doing things on one’s own.

GuLLDY and their co-curator Jeff LEUNG are pleased to present the exhibition “Right Click：Open Source New Media Art Exhibition”. Three international creative parties will present their interactive new media artworks based on Open Source programming and technology. What will be showcased are not only the completed works of art but also the entire processes as well as sources of the technology and the conceptual ideas applied to these works. In short, the exhibition aims to open and share with audiences every step involved in the productions of the exhibits, promoting the very spirits of DIY(Do-It-Yourself) and Creative Commons.

Creative parties including Daniel Shiffman (USA), Josh Minor (USA), mirco+playground (Taiwan) will present their works in the exhibition. Among these parties, Josh Minor and mirco+playground will come from aboard for the opening party and seminars, sharing their creations and creativities with audiences.

The exhibition is part of GuLLDY’s media art programme series subsidized by Hong Kong Arts Development Council. It will commence on 24 May at Kapok Gallery and will last until 13 June.

Please say NO to United Nations' abolishment of Traditional Chinese in 2008. 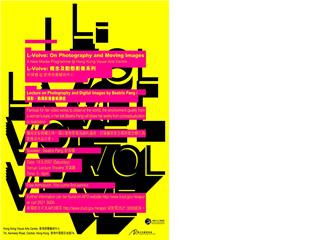 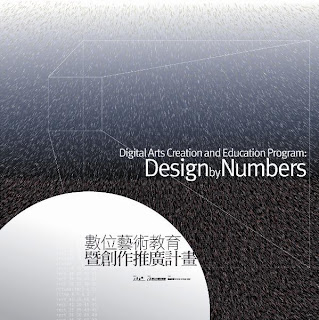 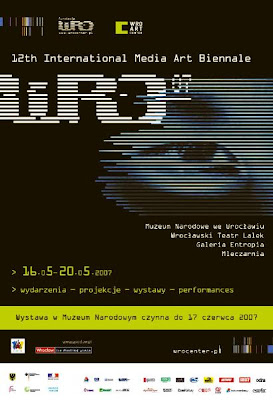 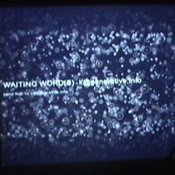 It works by piecing together information after comparing 25 features, including color, texture, shape, handwriting, and typeface. The plan is to use the software to restore 45 million pages of secret police files from communist East Germany.
發佈者： Popopope 於 5/21/2007 08:02:00 下午 沒有留言: 此文章的連結

The next DANUBE TELELECTURE will take place on Sunday, 27th May 2007 at 17.00h at MUMOK in Vienna with

* Christiane PAUL, curator for New Media at the Whitney Museum/New York, author of "Digital Art" (Her Interview with Sutherland U)

* Paul SERMON, international renowned media artist and professor at the University of Salford/Manchester


The lectures of aprox. 30 minutes will be followed by public discussions. Internet users can participate via email.
發佈者： Popopope 於 5/17/2007 09:24:00 下午 沒有留言: 此文章的連結

Residencies of up to 3 months in duration can be supported, and must be
completed before July 2008. Financial support from NUS is available for:

- Economy airfare to and from the artist/designers country of residence,
- University housing while the artist is in Singapore,
- A monthly allowance of S$2000,
- Materials cost of up to S$1000.

This event will introduce the exhibition produced for Hong Kong's
representation at the 52nd Venice Biennale. The artists, Amy Cheung, Hiram To and Map Office (Gutierrez + Portefaix) and curator, Norman Ford will discuss their work and open the floor to questions.
----------------------
Wed, 16 May 18:00 - 19:30 at
the Visual Arts Centre, 7A Kennedy Road, Midlevels, HK 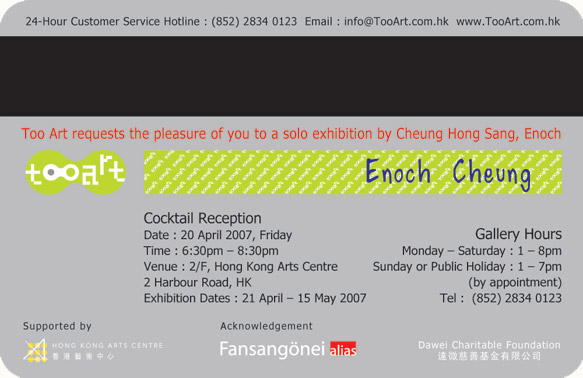 Blast your best playlist into space The European Space Agency (ESA) is holding a contest to send the best astronaut-friendly playlist into space. (It is now ended, sorry)

ESA will put the winner's playlist onto an iPod, then deliver it via the Automated Transfer Vehicle (ATV).which will be making its maiden flight later this year. The 20 tonne craft, named ‘Jules Verne’, after the famous French science fiction writer, will be delivering about seven tonnes of cargo to the astronauts living in the International Space Station. Bill Viola has created a major new work to be presented at the 52nd International Art Exhibition La Biennale di Venezia. Entitled Ocean Without a Shore, 2007, the three-screen High Definition video and sound installation was inspired by its setting – the 15th century intimate Venetian church of San Gallo.

Ocean Without a Shore presents a cyclical progression of images that describes a series of encounters at the intersection between life and death. Located near the Piazza San Marco the church of San Gallo was formerly a private chapel, and Viola directly incorporates its internal architecture into his piece, using the three existing stone altars as video screens.

Of the work Bill Viola states, “Ocean Without a Shore is about the presence of the dead in our lives. The three stone altars in San Gallo become transparent surfaces for the manifestation of images of the dead attempting to re-enter our world.”

“The video sequence describes the human form as it gradually coalesces from within a dark field and slowly comes into view, moving from obscurity into the light. As the figure approaches, it becomes more solid and tangible until it breaks through an invisible threshold and passes into the physical world. The crossing of the threshold is an intense moment of infinite feeling and acute physical awareness. Poised at that juncture, for a brief instant all beings can touch their true nature, equal parts material and essence. However, once incarnate, these beings must eventually turn away from mortal existence and return to the emptiness from where they came.”........

Will this be the reason to Venice? May be not. I think Bill Viola probably represents what Venice Biennale meant for us today.
Long Live Art (market ) and the 20 people that are controlling it. The same will apply here sooner or later.
發佈者： Popopope 於 5/03/2007 12:38:00 上午 沒有留言: 此文章的連結

I just heard that Sol LeWitt died on 8 th, last month.
As a master of conceptual and minimal art, he had great influence to artist of my generation. It is sad to lose him.

....His transitions from one medium to the next were seamless, including his endeavors in sculpture, photography, and his much-lauded painting installations. See photos above