9 evenings- Experiment in Art and technology

Theater-Festival, Armory Hall, New York: In the 1960s, what would later lead to the founding of the organization Experiments in Art and Technology, was first put into practice on a large scale by ten New York artists as a unique festival for electronic as well as interactive performances and demonstrations. The idea of collaborating with technicians, not only initiated by Robert Rauschenberg and Billy Klüver but also organized and largely promoted by them, lead to the performances suggested by the festival title: Nine Evenings with performances by John Cage, Lucinda Childs, Merce Cunningham, Öyvind Fahlström, Alex Hay, Deborah Hay, Steve Paxton, Robert Rauschenberg, David Tudor, and Robert Whitman. Billy Klüver was again the driving force. The main technical element of the performances was the electronic modulation system TEEM, composed of portable, electronic units which functioned without cables by remote control. Cage used this system to activate and deactivate loud speakers that consistently reacted to movement by way of photo-cells. For not always being technically and artistically successful, these performances exhausted for the first time the full range of the live-aspect of electronics, taking advantage of its artistic potential in all of its diversity. Seen in that light, the «9 Evenings» rank among the milestones of media art, even though today only a few filmed documents bear witness to the event.
發佈者： Popopope 於 11/16/2007 05:38:00 下午 沒有留言: 此文章的連結

While I am doing Re:Place, I found this exhibition very interesting, some really inspiring works presented. There will be very little chance that this kind of work will be presented in Hong Kong, because of the scale and our venue management over-consideration on safety too.

The “From Spark to Pixel” exhibition will present developments in contemporary art involving the large-scale use of digital and interactive media. The technical possibilities in this field have given this area of art a more international dimension than that of almost any other. Thus the exhibition will feature works both by renowned and as yet unknown artists and groups of artists from all over the world. Works by pioneers and works that are being shown in Europe or Germany for the first time or have been specially developed for the Martin-Gropius-Bau, will enable visitors to discover spectacular forms of artistic expression and radical changes in perception in the relation between the observer and the moving image. Immersive and interactive approaches feature frequently in the artists’ strategies.

The opening of Ullen Centre in Beijing

You got to be inner circle artists or star curators to be invited to this new non- profit art centre in 798.

In anticipation of the Beijing 2008 Olympic Games, Adidas - official sponsor of the Games - is celebrating the dynamic relationship between sport and art. The exhibition, starting in Shanghai this week, will visit Guangzhou, Nanjing, Shenyang and Chengdu, amongst others, arriving in Beijing next summer for the 2008 Games, before then going to Hong Kong.

With huge thanks to Adidas, Sportive was created using entirely the sounds and images of sports with only the addition of a human heartbeat. The installation is also available as a video piece on the Talents 'Art & Sport' DVD, produced by Talents - the Art Video Collection : www.talentsvideo.com/en/issues/talents_performances
發佈者： Popopope 於 11/07/2007 02:39:00 上午 沒有留言: 此文章的連結

2007 Aisan Arts Biennial: Have you eaten yet?

He is considered as one of the youngest contemporary artists in U.S. and Europe. His works have also been collected by almost all the major museums in the world. He is also associated with some of the most prestigious galleries in Europe and U.S, with his works collected by some of the most important collectors too. If you ask the art world to name the top 5 or 10 young artists in west, he is on the top of the list. But he is not just a painter or artist; he has just won the best director in the 60th International Cannes Film Festival for his French movie "Diving Bell And Butterfly." He is Julian Schnabel.

"Vtap" to watch all video on the net in your iphone

via Ben Wilson over at iPhone Atlas (one of our CNET sister sites) wrote a post earlier today about how Veveo's vTap service for the iPhone is "possibly the best iPhone Web app yet," citing its on the fly-encoding and killer UI as worthy reasons to use it over the iPhone's built-in YouTube application. The service searches videos from all over the net and lets users watch them on the iPhone after converting them to an acceptable format on their own servers.

We checked out the Windows Mobile version of the app back in August, and since then the iPhone version seems to have been tightened up a bit. Loading videos is still unbearably slow over EDGE (which isn't vTap's problem), but if you're on a fast connection over Wifi it's really one of the best ways to view videos from all over the internet. Besides YouTube, you're getting videos from Google and MSN Video, Vimeo, the Weather Channel, Dailymotion, and a dozen of other sources.

There are two things which I think make the app really fantastic for iPhone owners. The first is that it will serve us abstracts from RSS feeds while you're waiting for a video to finish re-encoding. You can actually set up which feeds you want to see, including Newsvine, Yahoo Finance, Google News, or the latest publicly shared photos from Flickr. Clicking any of these feeds will take you right to the story or photo link while the video continues to encode. The second best part is that you can choose only to listen to the audio from a video clip, which means you can enjoy long, dialogue heavy clips with your phone's screen off and in your pocket--which is super handy for enjoying shared lecture videos. 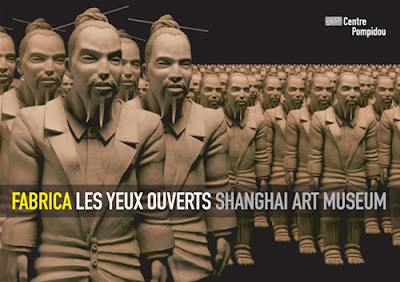 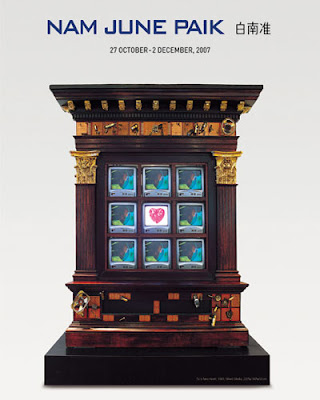 Your life is full of meaning in a powerpoint presentation.


A Film by Clemens Kogler together with Karo Szmit. Voice by Andre Tschinder.

Le Grand Content examines the omnipresent Powerpoint-culture in search for its philosophical potential. Intersections and diagrams are assembled to form a grand 'association-chain-massacre'. which challenges itself to answer all questions of the universe and some more. Of course, it totally fails this assignment, but in its failure it still manages to produce some magical nuance and shades between the great topics death, cable tv, emotions and hamsters.

The work is inspired by indexeda blog by Jessica Hagy. Her index cards are little marvels of wit and wisdom.
Here is an example 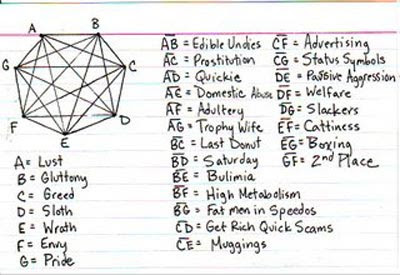 The book of the same name will come up next year.
More Jessica Hagy in Freakonomics
interview of Jessica Hagy in Kottke.org
發佈者： Popopope 於 11/01/2007 12:22:00 上午 沒有留言: 此文章的連結