After looking at the Video documentation for all presentations at the Video Vortex Brussels conference on 5 October 2007 in Argo blogs, I am very excited to look at the new round of video vortex.

Tmr at Amsterdam,Video Vortex Conference opens.
Here is the introduction :


In response to the increasing potential for video to become a significant form of personal media on the Internet, this conference examines the key issues that are emerging around the independent production and distribution of online video content. What are artists and activists responses to the popularity of ‘user-generated content’ websites? Is corporate backlash imminent?

After years of talk about digital conversions and crossmedia platforms we are now witnessing the merger of the Internet and television at a pace that no one predicted. For the baby boom generation, that currently forms the film and television establishment, the media organisations and conglomerates, this unfolds as a complete nightmare. Not only because of copyright issues but increasingly due to the shift of audience to vlogging and video-sharing websites as part of the development of a broader participatory culture.

The Video Vortex conference aims to contextualize these latest developments through presenting continuities and discontinuities in the artistic, activist and mainstream perspective of the last few decades. Unlike the way online video presents itself as the latest and greatest, there are long threads to be woven into the history of visual art, cinema and documentary production. The rise of the database as the dominant form of storing and accessing cultural artifacts has a rich tradition that still needs to be explored. The conference aims to raise the following questions:

How are people utilising the potential to independently produce and distribute independent video content on the Internet?
What are the alternatives to the proprietary standards currently being developed?
What are the commercial objectives that mass media is imposing on user-generated content and video-sharing databases?
What is the underlying economics of online video in the age of unlimited uploads?
How autonomous are vloggers within the broader domain of mass media?
How are cinema, television and video art being affected by the development of a ubiquitous online video practice?
What type of aesthetic and narrative issues does the database pose for online video practice?

The closing session on Saturday evening will explore the way VJs and media artists are accessing and using online archives. Under the banner of Video Slamming, this evening is all about the new ways of watching, using, and playing with moving images, such as scratching, sampling, mixing, (meta)tagging and recommending.
發佈者： Popopope 於 1/17/2008 11:00:00 下午 沒有留言: 此文章的連結

March 3-6, 2008
San Diego
I am always fascinated by Oreily conference. Web 2.0, Where 2.0, Emerging Technology and the term web 2.0 came from these conference. The man behind some of these is Brady Forrest
Heard that 2008 Etech conference will have a very good art show/ fair accompaning the convention, the art fair will be organised by Brady, Kati London and Regine of WMMNA. I expect very good stuff, recommended.
Register before Jan. 14 and save $300
發佈者： Popopope 於 1/12/2008 11:58:00 上午 沒有留言: 此文章的連結

NEW/OLD ROUTES -A Selection of Video Art From Central Asia

New/Old Routes is an exhibition and publication that explores the nomad specificity of the Islamic states after the collapse of Soviet Union. An overview of the present situation of the Central Asian context by an external viewer becomes imperative; this visual material compiled by a guest curator creates a retrospective look at the internal and evolving processes of the socio-political and cultural background.

Overlapping networks and the relationship between the archaic-nomadic and the present-day post-industrial traditions provide a synthetic equation and an extraordinary cultural load. The re-use of tradition in these artists' practices become the necessary tool for articulation of contemporary art discourse to establish the nods of resistance against inertia, apathy and historical amnesia.

The project's first edition that took place in Croatia, Poland, and Germany promoted the positions of Asian artists and enabled cultural exchange between the contemporary art practitioners from Europe and Central Asia. The project's current version as presented in Shanghai, China at BizArt Center intends to open up the process of cultural exchange between China and Central Asia and show a number of diverse positions on the Asian identity, with a special focus on video production from Uzbekistan, Kazakhstan and Kyrgyzstan

Stefan Rusu is artist and freelance curator based in Chisinau, Moldova currently he is the projects coordinator at the Center for Contemporary Art/Chisinau. In 2005/2006 he attended the Curatorial Training Program at Shtichting De Appel from Amsterdam where he co-curated Mercury in Retrograde ( www.mercuryinretrograde.com)

Advocacy is the act of arguing on behalf of a particular issue, idea or person, and addresses issues including self-advocacy, environmental protection, the rights of women, youth and minorities, social justice, the re-structured digital divide and political reform. How might Situated Technologies be mobilized toward changing and/or influencing social or political policies, practices, and beliefs? What new forms of advocacy are enabled by contemporary location-based or context-aware media and information systems? How might they lend tactical support to the process of managing
information flows and disseminating strategic knowledge that influences individual behavior or opinion, corporate conduct or public policy and law?

+ Submission details:
We are seeking submissions from pairs of authors, in keeping with the format of a "conversation" between two individuals or groups. Please submit a 500 word abstract and short bio for each author (150 words max) in Rich Text Format (RTF) by February 15, 2008 to editors@situatedtechnologies.net. We expect final manuscripts will range from 7500-10,000 words and will be due by May 16, 2008. Please contact us if you have questions about potential essays or the Situated Technologies Pamphlet Series in general. More information is available at http://www.situatedtechnologies.net.

+ About the Series:
The Situated Technologies Pamphlet Series consists of nine short pamphlets to be published over the next three years, exploring the implications of ubiquitous computing for architecture and urbanism:how our experience of space and the choices we make within it are affected by a range of mobile, pervasive, embedded or otherwise "situated" technologies. The series, published via print-on-demand(POD), consists of a succession of "conversations" between researchers, writers and other practitioners from architecture, art, science and technology studies, comparative media study, performance studies, and engineering. 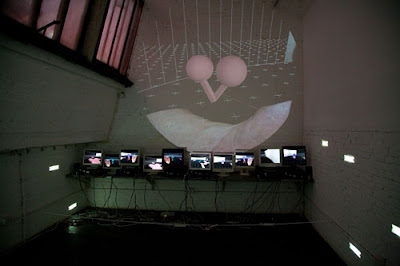